Zoom In Zoom Out
Read Notes
Previous Next 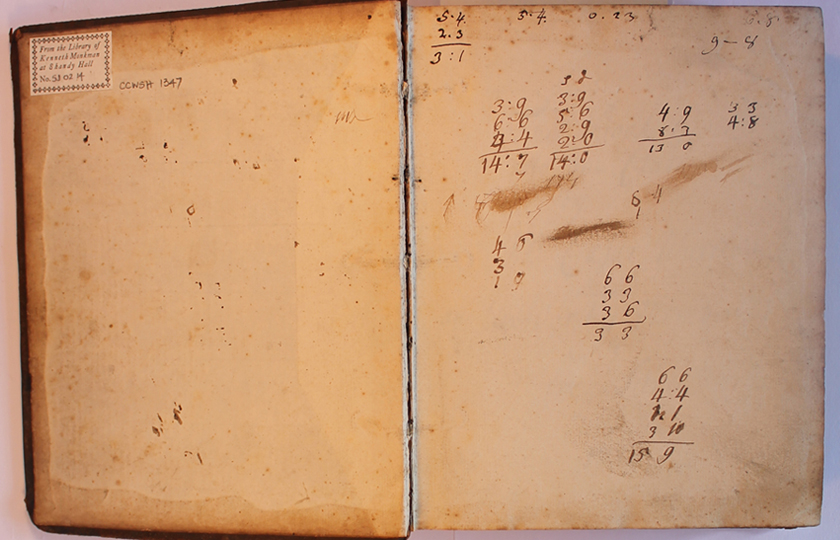 Up Down Left Right
Previous

The 1743 minute book of the Good Humour Club is part of The Laurence Sterne Trust collection held at Shandy Hall, Coxwold. The book has been expertly restored by Tim Wiltshire of the Winchester Bindery as part of a Heritage Lottery fund grant awarded to the Trust. The minute book is on display as part of the Good Humour Club Exhibition at Shandy Hall Gallery from 30 June to 30 September 2013.

The minute book is made up of sixteen-page sections of blank paper, sewn on five cords and bound in  full calf.  The boards were laced on using only three of the cords, sewn headbands in one colour and the first and last two sheets of the book put down as the endpapers.

The surface of the leather is so worn that the binding resembles rough calf (that is to say, leather used with the flesh side out).  The tooling is all executed in blind and is of the simplest kind.

The only gilt tooling is a Morocco label on the front board.  The binding had not been repaired or altered in any way up to this point in the book’s history.  It is a typical example of an eighteenth century stationery binding.  Even the text paper, one can only imagine for reasons of economy, is the wrong way of the grain.