The Good Humour Club (c.1725-1800) was a society that celebrated the twin virtues of companionship and conviviality. The members were men who belonged to polite, though not elite, trades and professions; clergymen and doctors rubbed shoulders with masons, mercers, and drapers at weekly meetings where a good supper and copious amounts of punch were consumed.

The Good Humour Club’s meeting place was Sunton’s Coffee-House on Coney Street, York, a mere stone’s throw from many of the members’ places of business, such as John Hinxman, bookseller of Stonegate, or Thomas Spooner, a draper with a shop on Pavement.

You can see a representation of the Club’s meeting room at Shandy Hall Gallery from 30 June to 30 September 2013 at The Good Humour Club Exhibition. The meeting room display invites you to imagine that a congenial gathering of the Club has just broken up. You can see evidence of the supper they have enjoyed littered across the table: discarded oyster shells, and curls of lemon peel from their crown bowl of punch. This particular meeting took place on 20 December 1759, just two days after the publication in York of The Life and Opinions of Tristram Shandy, Gentleman. Perhaps this exciting new work was the topic of conversation as the gentleman of the Club filled their pipes and settled themselves more comfortably before the fire…

Follow the links on your left to find out more about the history of the club and its members. 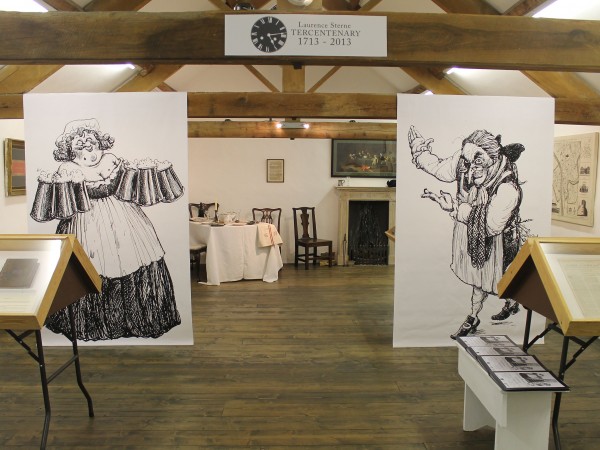