The Good Humour Club was also know as ‘The Doctors’ Club’ for the simple reason that all of the members, regardless of their actual profession, were given the title of ‘Doctor’ on admittance to the club. Among the members however, there were a significant number of medical professionals: surgeons, physicians, mid-wives, and apothecaries. Moreover, there was an established connection between good health and mirth that allows us to imagine that the purpose of the club’s convivial suppers may have been, at least in part, medicinal.

The medical practitioners who were members of the Good Humour Club came from a rather eclectic mix of professions. These included:

Physicians were considered to be of the highest qualified profession relating to patient care, their degrees having come from a university. Doctors in York, such as William Fearne and Alexander Hunter, often attended The University of Edinburgh as it was one of the first institutions to offer medical education. Apothecaries and surgeons, unlike physicians, undertook training through apprenticeships. Each apprentice would be taken on by a fully trained practitioner and taught the skills required to be able to work independently within their chosen career.

One of our researchers, Ashleigh Blackwood, from Northumbria University, has delved into the history of medicine in the eighteenth century to provide us with a glimpse into a world of humours, bloodletting, and forceps and its connections to our club of good-humoured ‘doctors’. 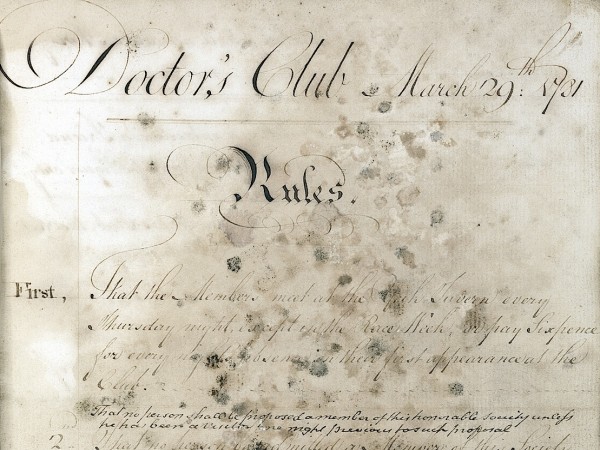