James Wolfe: The Hero of Quebec

At the Plains of Abraham outside the city of Quebec, Canada, Major General James Peter Wolfe (3 January 1727 – 13 September 1759) commanded a victorious battle against the French. Wolfe’s death on the field, however, significantly overshadowed the military success and there was an outpouring of compassion for his mother and fiancé that can be seen in texts such as ‘ODE to Miss L-WTH-R on the Death of the Late GENERAL WOLFE’. The Annual Register of 1759 records that the populace of his childhood village of Westerham in Kent, ‘agreed to admit no illuminations or firings, or any other sign of rejoicing what ever near her house, lest they should seem by an ill-timed triumph, to insult over her grief.’ Wolfe’s sacrifice earned him the posthumous names of ‘The Hero of Quebec’ and ‘The Conqueror of Quebec’. It also gave rise to a series of publications in his honour including ‘An ACROSTIC’ that appeared in the York Courant and described him as being ‘Of dauntless Courage and a Patriot Race’.

The legacy of James Wolfe has endured throughout the centuries. His family home, renamed as Quebec House, is now owned by the National Trust and contains many artefacts from his life. The Wolfe Society, that was instituted in 1761 by his childhood friend, George Ward, continues to meet annually in the village for a tribute meal to Wolfe’s ‘Pious and Immortal Memory’. Numerous memorials were set up in commemoration of his death including a bust of Wolfe that is housed in Westminster Abbey and a column that marks the site of his death. 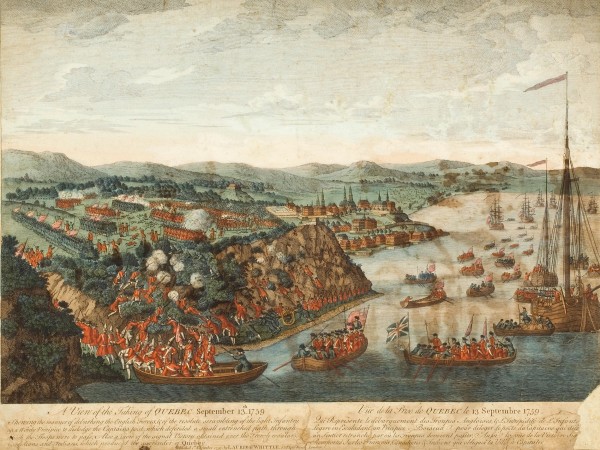