The trial of Eugene Aram

A human skeleton found by a man digging for Limestone near St. Robert’s Cave in Knaresborough in 1759 raised suspicions that a murder had occurred. The ensuing speculations as to the identity of the deceased led to the belief that the body belonged to Daniel Clarke who had gone missing fifteen years previously after defrauding Eugene Aram and Richard Houseman. As a result Aram and Houseman were suspected of his murder and tried on Friday 3 August 1759 at the York Assizes. Houseman, who was acquitted of the charge, attested to seeing ‘Aram strike  Clarke several Times; and at last saw him fall, but never saw him afterwards’. On the basis of this statement, the jury found Aram guilty of murder and sentenced him to be executed at Tyburn. In the mid-eighteenth century, executions were highly ritualized and took took place in front of a large, and often rowdy, crowd. Aram, understandably perhaps, wanted to avoid this spectacle and attempted to commit suicide, ‘cut[ting] the Veins of his left Arm, a little above the Elbow, and also a little above the Wrist, but missed the Artery’. When this was discovered a ‘Surgeon of that Eminence’ was called and managed to stop the bleeding, however, Aram was rendered so weak from blood loss that he had to be carried to the scaffold. His body was later displayed in chains at Knaresborough Forest. 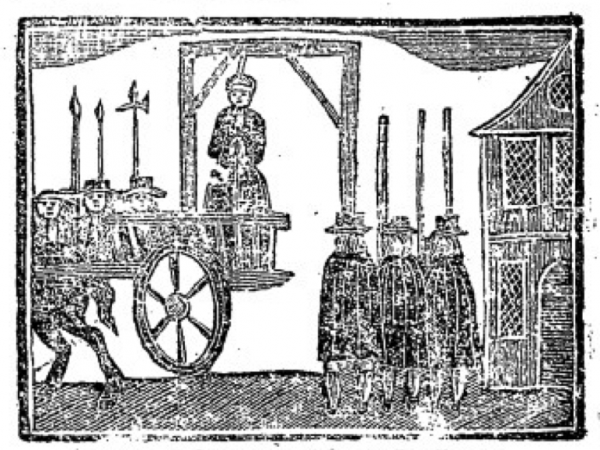